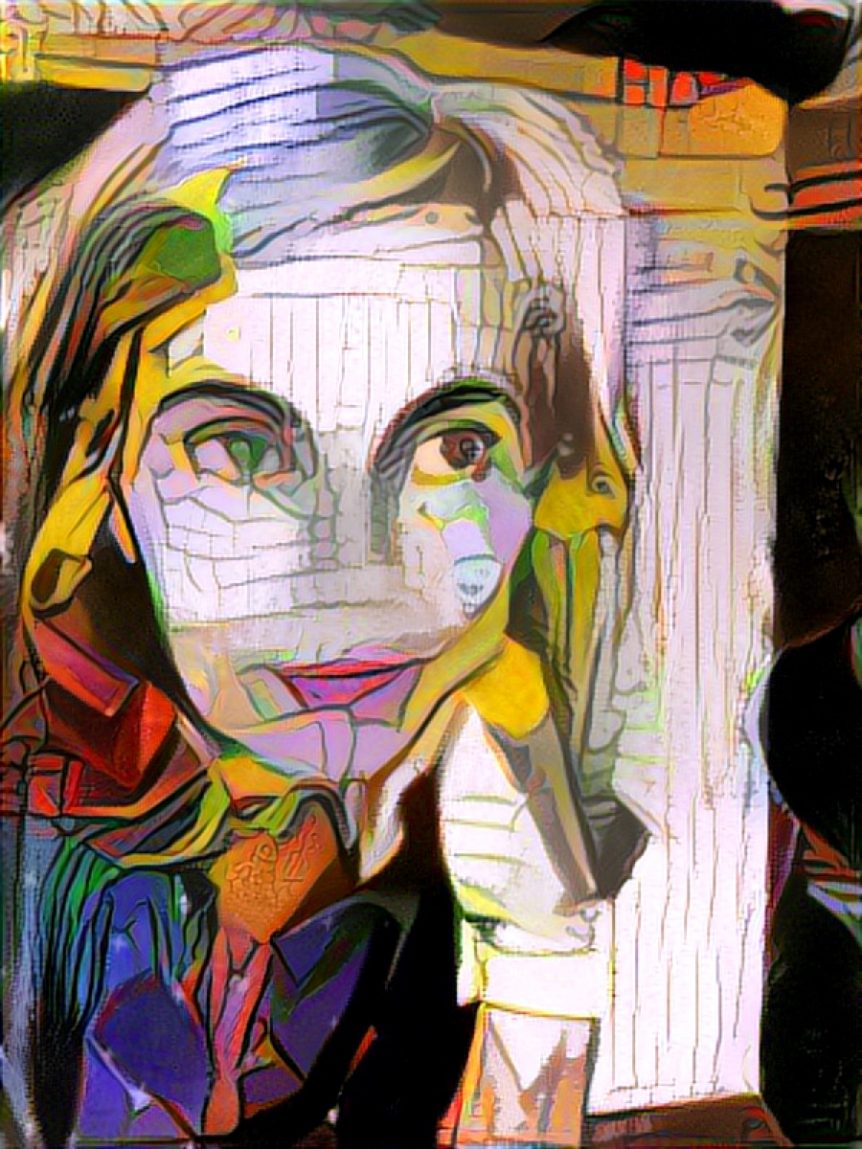 There are many ways to describe the relationship between Picasso and Matisse.  It could be called a rivalry, a creative dialogue, often referred to as  a chess game.

Matisse himself once compared it to a boxing match. But it also became the abiding friendship of two creative geniuses as titans who, daring to paint the ugly, transformed our sense of beauty in art. Both friends and yet also rivals, totally opposite and yet somewhat the same and both chasing the same thing.

When Matisse and Picasso met, they seemed to have little in common. They came from completely different lives. Matisse was born in a northern district of French Flanders in 1869, into a family and region steeped in the weaving of brightly coloured textiles. He had gone to Paris to study law, later taking up painting on the sly, attending art classes before and after work. When he was 22 years old  he became obsessed and determined to become an artist and he gave up law. He loved colour and his theory was,

“It is not enough to place colours, however beautiful, one beside the other; colors must also react on one another. Otherwise, you have cacophony.”

Picasso was regarded as one of the most influential artists of the 20th century and the co-founder of the cubist movement. He was born in 1881 which was 12 years after Matisse in the Spanish town of Málaga.

His father was a painter, and it was as if he was born with a paintbrush in his hand.  A child prodigy, he sat at his father’s feet in his early years soaking up his lessons.  In 1900 Picasso was nearly 19 and ready for Paris.

The two heard of the other, quickly after Picasso showed up on the scene .  Matisse already established and Picasso a young egotistical man often thought of as arrogant and cocky showed up on the Paris art scene eager to take it over.

He was an amazing artist and went through many different periods and styles based on what he was going through in his own life.

Picasso was a Draftsman, Painter, Printmaker, and Sculptor and the first modern celebrity artist, unapologetic for his crazy crass behavior, while Matisse  in contrast, a quiet and reserved man shielding his life from the public view. They mocked each other in their respective works, yet revered each other for their talents.

When one would paint a piece, the other would retaliate and paint his ‘better’ version in retaliation of something similar in an attempt to outshine the other or say ‘take that’ to the other.

Matisse often appeared to be stepping on Picasso’s toes before Picasso could even put his foot down. This passion fuelled their creativity.

Maybe each saw things in the other that they admired and it helped them bring out a side of themselves that they desired to be. Matisse was a cool, calm, Northern European artist. Picasso  was a hot, temperamental Spaniard,  Matisse was sensuous, Picasso sexual. Matisse loved fabric and patterns Picasso loved flesh. They were black and white, round and square and in many ways so different but in others they were striving for exactly the same thing and needed each other to help push and to shape themselves and their styles. They needed each other.

Picasso has analogous colours like yellow, red, orange but also complementary colours like, blue and green. He also has shadings of yellow and orange. These bright, but contrasting colours evoke intense emotions. Matisse has shading but by using completely different colours and often colours that Picasso would have never dreamed of putting next to one another and thought only Matisse could get away with things like that. In the end their paintings looked similiar to one another, softer and less intense.

When looking at perspectives, lines and shape you can see that Matisse and Picasso don’t have any similarities. They both have different techniques. For instance Picasso used sharp jagged lines. They are clearly delineated which highlights bold, dark, black outlines. This helps convey the horrors of the war. He also likes to see things from different view point, side on or front on. Matisse does have some clear outlines but most were blurred. He defined his shapes through his colours. Most of the colours were mixed and smudged.

It is interesting how sometimes people that we consider to be our rivals or enemies are often not our enemies at all and the war that ensues is so often in our own minds stemming from our own thoughts, our own fears, perceptions and projections. Our perceived enemies are often our best challengers, they are the ones that push us to become our best, to stretch and ones that keep us in the game.  These two men had such a competition going that came out through their creativity that it changed and pushed art into a whole other realm.  Challengers are good. These two needed each other to become more of themselves. They challenged one another to push boundaries within themselves and to out do themselves.

Before Matisse died his work became simpler and in the end their styles seemed to mesh together and started to look alike.  Picasso was devastated, he then realized that it had been Matisse that  had pushed him along, made him become more, helped him to brave new frontiers and expand his mind.

After Matisse passed away Picasso moved close to where he had lived and painted in his studio for months. Matisse had loved doves and often depicted them in his work, especially in “the Cut-outs” form.

Nearing the end of his day, Matisse gave Picasso, who loved birds and had canaries and pigeons his own, the last of his fancy pigeons.

Picasso drew its portrait on the famous poster the Dove of Peace. 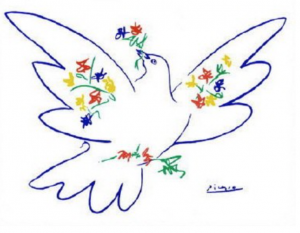